OCD Resource for Parents and Children

With her middle-class upbringing and well-liked demeanor, Emily M. Watson is your typical girl next door. She admits that she used to believe that mental disorders were weaknesses and not real illnesses. However, at eighteen years old, she began to suffer from OCD, as well as depression, anxiety, and bipolar disorder. And so her story begins. Journey through this brutally honest autobiographical account of Watson’s struggles of more than ten years. This written telling of her life during her twenties paints a painful yet hopeful journey full of suggestions from someone who has walked the path. Humor shines as an encouraging thread, and misconceptions dwindle as readers relate to Watson’s struggles and hopes. This personal memoir is not sugarcoated, providing a candid view into the thoughts and life of Watson. Her honesty is an attempt to lead to a clearer understanding of mental illness for those who battle it and for those who love someone who is suffering, to be a source of new life for the millions of Americans who experience the trauma of mental illness.

Candidly sharing what many people won’t discuss, this book is a brutally honest yet humorous account for anyone who has a loved one struggling with mental illness.

Individuals struggling to live with a combination of mental illnesses will likely find it a refreshing read- acknowledging, affirming, and providing advice on coping with the many struggles associated with OCD.  On the Edge of Insanity is a wonderful step forward in transparency and understanding of OCD coupled with bipolar disorder, anxiety, and depression.

I nominate On the Edge of Insanity with the hopes that other brave warriors who are suffering within the trenches of mental illnesses will be given the ammunition of hope to fight their way back from the edge of insanity.

Emily Watson is an aspiring author, makeup artist, and photographer who has lived much of her life battling mental illness. She received a BS in physics and led an active life ranging from traveling through Europe, going on dinosaur digs, ballroom dancing, scuba diving, and hanging out with friends before succumbing to her disorders. Despite her struggles, she is learning to overcome her illnesses and lead a full life filled with promise and adventure. 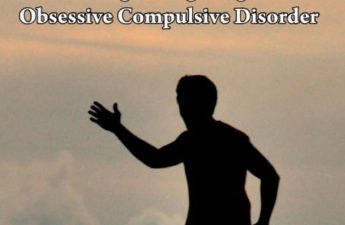 The Ray of Hope by Ray St. John

The Perfectionist’s Handbook: Take Risks, Invite Criticism, and Make the Most of Your Mistakes By Jeff Szymanski, PhD 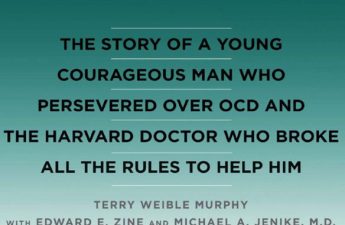